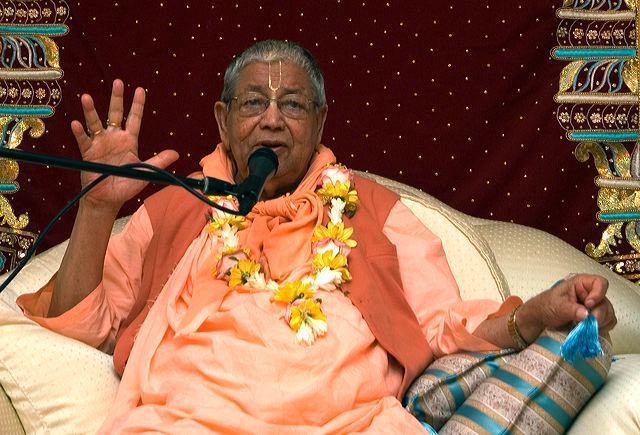 I am not telling Sanskrit slokas only for reciting: they will go through your ear to the heart. You do not know the meaning, and I know that. I also do not know the meaning. The sound vibration of this sloka will make everything of ours clear. Everything will be made auspicious. Whether you know the meanings or not is not a question. That is language. But what has come out from the divine hand of Rupa Goswami is not only language, the power of Krishna is there. That is why I am reciting these slokas. I know these Sanskrit slokas have no meaning for you, but transcendental sound vibration form will play in a natural way, and then all piety will come to you.