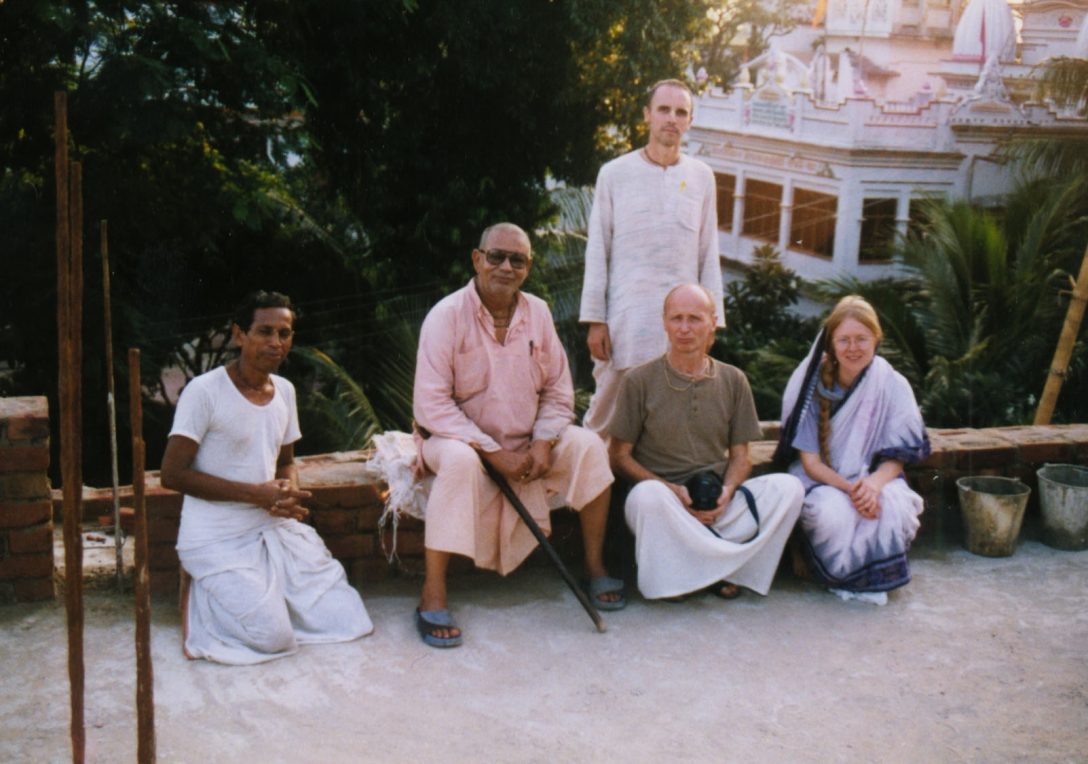 Question: Is Kṛṣṇa consciousness the same as Hinduism?
Śrīla Govinda Mahārāj: Previously Hindus were identified by who was living on the bank of the Sindhu River and following the Vedic knowledge and culture. The culture grew on both sides of that river. They were identified as Hindu. The Veda in Hinduism came down from the transcendental level: that knowledge was not made by any one man, but it came from God, and the Hindus followed that Vedic culture and knowledge as their religion.
Our Kṛṣṇa consciousness exists within that Vedic cultural society, but the conception is always different in some way with them. We know that this religion of Vaiṣṇavism has come from Viṣṇu as well as Kṛṣṇa. Kṛṣṇa is our Guru, Kṛṣṇa is our Lord, Kṛṣṇa is the Supreme Personality of Godhead, this is the conception. This conception is written in the Vedas, Vedānta, Upaniṣads, and so many other scriptures and it is indicated as the religion for all jīva-souls. ‘Jīva-souls’ means all the living entities in human form as well as other species of life; there are eighty-four hundred thousand species that are identified as jīva-souls. In the human form there is willing, feeling, and thinking. Within humans there is consciousness, blossoming consciousness, and fully blossomed consciousness. Other life-forms have consciousness but it is more suppressed than in humans. Trees have consciousness but it is suppressed consciousness. It is proved by the scientists now, but we know this knowledge from the time of the Vedic revelation, when it first descended. There are five levels of consciousness flowing.
Kṛṣṇa consciousness is the religion for all the jīva-souls. Here there is no differentiation based on caste, creed, race, colour, or anything else. In Hinduism there is some differentiation between brāhmaṇ, kṣatriya, vaiśya, śūdra, and brahmachārī, vānaprastha, gṛhastha, sannyās, and according to their different levels their living style is indicated. But our religion is not differentiating in that way. We know that we are part and parcel of the Supreme Personality of Godhead, but we are within the illusory environment, and from this illusory environment we need to connect with the transcendental world. And if anyone will follow this religion of the jīva-soul he will be benefitted. This is our conception. Hindusim differentiates between caste and creed, but this is non-sectarian. Īśvara, God, is one, and we are all part and parcel of God. Because we are very tiny jīva-souls, then our power is very little, and because of that we are defeated by the illusory environment. But in this age of Kali there is a super chance, that God has descended as a transcendental vibration form. If we try to satisfy Him through chanting, we can transform our plane from material to transcendental. For the transformation of material consciousness to transcendental consciousness we are practising chanting the Holy Name of the Lord, and we are also following some other Bhakti Yoga practices. This is my answer.
Spoken by Srila Gurudev during his visit to Italy in September 2000