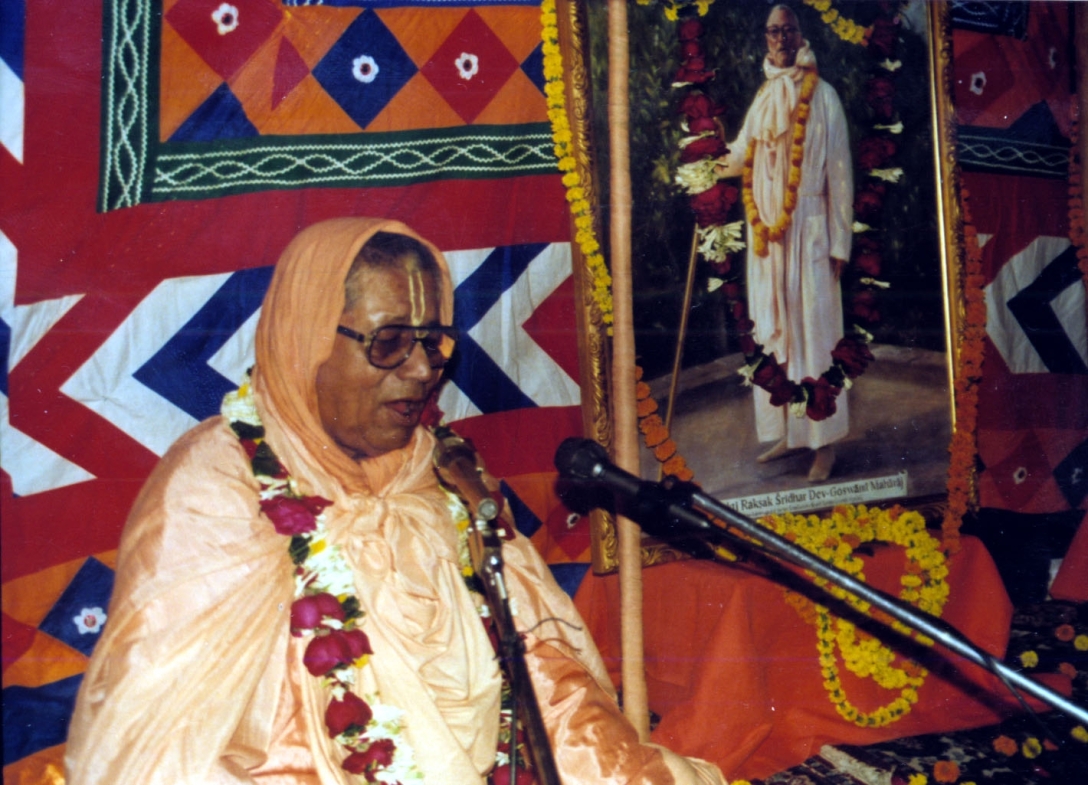 That paṇḍit asked, “What is the proof that the ātmā exists? Is there any proof?” And Guru Mahārāj immediately told that man,

[The speculative argument of philosophers — “This world is real,” “No, it is not real” — is based upon incomplete knowledge of the Supreme Soul and is simply aimed at understanding material dualities. Although such argument is useless, persons who have turned their attention away from Me, their own true Self, are unable to give it up.]

That man was shocked to hear this, because he knew that śloka, he confessed. He took the feet of Guru Mahārāj, “Mahārāj, the answer is coming timely to you, not to me. This is the difference from you and me. I do not want to debate with you.” He was a great paṇḍit, but he surrendered to Guru Mahārāj.

“It is existing or not?” This type of question always comes, but we are all seeing that it is existing. When the body dies, the spirit goes out from the body and the body is spoiled. What better example can you give than this? Within the body was a kind of spirit, and when it goes from the body, within three days it will be spoiled and gas will come from that body. It is proved, but still they are asking, “It is or not?”

Everywhere we see the quality and qualification of ātmā, in everything we see the presence of ātmā. I am talking with you, you are intelligent, I am also intelligent, and we are both talking diplomatically about everything; who is doing that? Who is the diplomat living inside? You want to defeat me, and I want to defeat you, but in which way, and who is holding that brain? And when it is going out from the body everything is useless. There will be only insects, and nothing else inside. After three days you will only get insects growing there.